If you were posed the question ‘which MK7 GTI model was the best of them all’, two options will immediately spring to mind.

One: the GTI Clubsport S, and two: the upcoming GTI TCR.

Now, since we haven’t driven the TCR yet, it’s only fair to leave it out of this story for the moment. And just so we’re clear, we think the GTI TCR will be the finest and best iteration of the MK7 GTI.

So that only leaves the Clubsport S, then? Yes, and also no. While the Clubsport S is a hardcore machine that is close to a road-ready track machine, it is just too much. And given that only 47 units came to our shores, one can assume that VW knew that a handful of owners would have bought it.

Which only leaves the Clubsport. The model preceding the Clubsport S and one that is, or was, a lot more attainable. An inferior product it was not, but it sure was fun to drive.

Which MK7 GTI model was your favourite, and why? Email us. 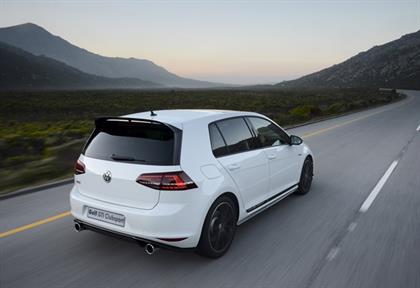 In 2016, Volkswagen celebrated 40 years of GTI. To commemorate the milestone, the automaker unleashed two exceptional variants of the GTI: the Clubsport and Clubsport S. Both cars were powered by the same turbocharged 2.0-litre engine as found in the standard GTI, but with increased power outputs.

For the Clubsport, these figures were 195kW and 350Nm. But on overboost, it increased to 213kW and 380Nm for a fleeting moment. Still channelling power to the front wheels via the six-speed DSG transmission, the Clubsport could run from 0-100km/h in 5.9 seconds, and onto a top speed of 249km/h.

These figures were impressive because they held up quite well against the performance of revered rivals such as the Honda Civic Type R and Renault Megane RS. But to put it in greater perspective, the new Golf 8 GTI is said to clear the 0-100km/h in just over six seconds. The Clubsport was fast, and it was an even greater treat from behind the steering wheel. To get a true reflection of what a car is like, one has to drive it. Not necessarily to the point where you run out of talent, but to the car’s strengths. If a car was built for a certain purpose, stick close to that purpose if you want to see a car flourish.

The GTI Clubsport is a car that enjoys being driven to its strengths. Flick it into a corner, and the Clubsport sticks to its line. It does little to show any hint of veering off the driving line and will reward the committed driver in bounds. To accompany the sheer driving pleasure is an exhaust note that pops and snaps with every gear change. It’s an acoustic array of sounds that sings in harmony, and one that probably underlined that ‘Vrrpaah’ trend in SA.

Of all the GTIs have had the pleasure of driving, the Clubsport stands out most. In all, the car is practical without neglecting the unique characteristics expected of it. It’s fast, without feeling like ‘too much’ or ‘not enough.’

I’m confident that the GTI TCR will rewrite how we perceive the GTI brand. But until then, I’ll reserve a special memory for the Golf GTI Clubsport.